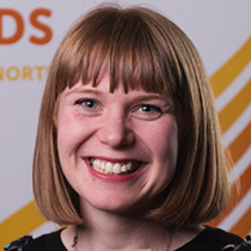 The festival season is coming to a close and the nights are drawing in, but there’s no sign of hibernation for The Demon Barbers and The Lock In Dance Show!

That’s right, we’re currently focusing all our efforts on our Dickens inspired The Lock In ‘Christmas Carol’ in which the land lady of the Olde Fighting Cocks pub, Jazmineezer Scrooge, is threatening to relaunch her much loved folk and hip hop venue as the garish, noisy and unpopular ‘Oompah Techno Bar’.

Those of you that have seen the Lock In will know that it’s a music and dance show exploring the clash and eventual fusion of traditional and contemporary dance styles. On deciding to make a Christmas version of the show we thought the story should play a much more important role and that the Dickens’ classic tale would be perfect for festive family audiences. With that in mind we set out to find a script writer.

We recently made a pilot for our Children’s show ‘The Sleepover’ and spent a day workshopping with Wendy Harris – artistic director of children’s theatre company ‘Tutti Frutti’ and she put us in touch with
writer and actress Stacey Sampson.

Stacey has worked in television and theatre for over fifeteen years. She appeared as Jennifer in the hit TV show ‘This Is England’ and throughout this time worked as a drama practitioner, leading workshops in many settings including primary schools, libraries, young offender programmes and sheltered housing units. This work often required her to write bespoke scripts for the groups she was working with and eventually
writing became the main focus of her career.

We met up with Stacey and spent the day trading ideas and storyboarding the show. She was keen to get stuck in and after a couple of days we were presented with a wonderfully magical and poetic script.

So we have the story, the cast, the music and the moves. Now it’s time to put it all together and create our festive frenzy – The Lock In ‘Christmas Carol’

Check us out at a theatre near you!
http://www.thelockindanceshow.co.uk/tour-dates