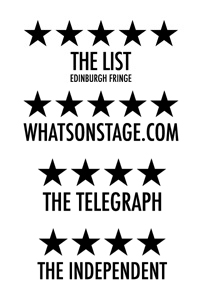 A clash of dance cultures set in an old English pub with live music by BBC Radio 2 award-winning folk powerhouse The Demon Barbers.

The show, the brainchild of award-winning folk band The Demon Barbers, sees a group of street dancers arrive at an apparently deserted pub.  Local rumour has it that The Fighting Cocks is the place to be ‘after hours’ but as the regulars arrive a clash of cultures turns into a dance floor stand-off.

The skill, speed and athleticism of the dancers on both sides soon wins the others over as the old and new are brought together in an exciting and dynamic dance-off. Sword dances are performed with snooker-cues, pub bouncers dance the Morris and B-boys flirt with clog girls. Meanwhile house band The Demon Barbers takes English Folk music on a new journey with friends Hip Hop, House, Funk and Ska and even says hello to Burlesque and Drum & Bass along the way!

The Lock In promises to do for English folk dance what Riverdance did for Irish dance and Diversity did for street dance, bringing some lesser known forms of dance into the mainstream. Fast-paced and innovative, the show brings together some of the UK’s top clog, sword and Morris dancers with their counterparts from the worlds of B-boying, popping & krump.

The show is devised and produced by artistic director Damien Barber. Barber has been a professional folk musician since 1989 and is best known for his work with electric folk band The Demon Barbers, winners of ‘Best Live Act’ at the BBC Radio 2 Folk Awards in 2009 and is one of the most respected folk performers in the UK.

Damien Barber says The Lock In is one of the most exciting projects he’s ever worked on:

“I’ve always seen folk music and dance as an incredibly modern and vibrant living tradition and wanted to find a way to bring that vision to the widest possible audience. The Lock In is the result of several years of artistic collaborations and development and I’m extremely excited that it’s finally touring!

“the response has been phenomenal from both folkies and street dance fans. All our dancers have also taken the opportunity to learn from each other and have been amazed by the similarities and shared experiences they found in the two – seemingly very different – dance styles”

‘The Lock In is infectious and gets under your skin to the extent you stop analysing and start just enjoying. Certainly the best night out in town’

“Some shows demonstrate great skill and technique, some offer strong musicianship, and some create the kind of atmosphere and energy that leaves you high on life. The Lock In does all three”

“All the ingredients for an English Riverdance”