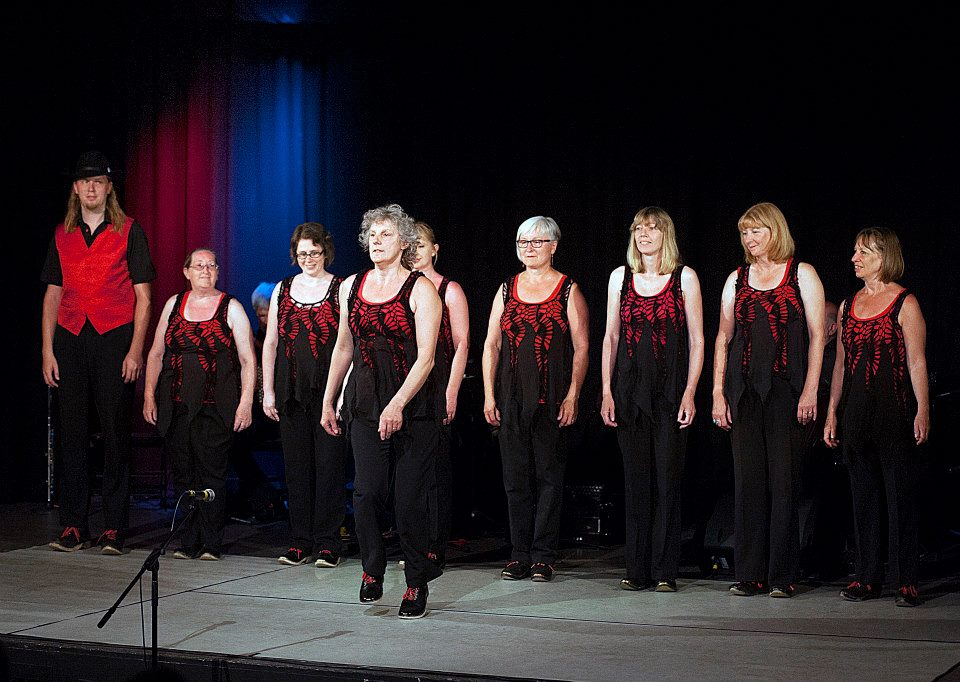 The Stony Steppers, from Stony Stratford Nr Milton Keynes, perform high-energy, Traditional Step Clog Dances from the British Isles, English Music Hall, and from America and Canada. They appear regularly at Folk Festivals both in Britain and in Europe, and can be seen at many pubs, fetes and fairs around the local area in the summer months.

They also have a Folk and Ceilidh Band as well as an Acapella Group, and together, they perform their Roadshow called ‘One Step Beyond’. Check them out on their website, facebook or YouTube. 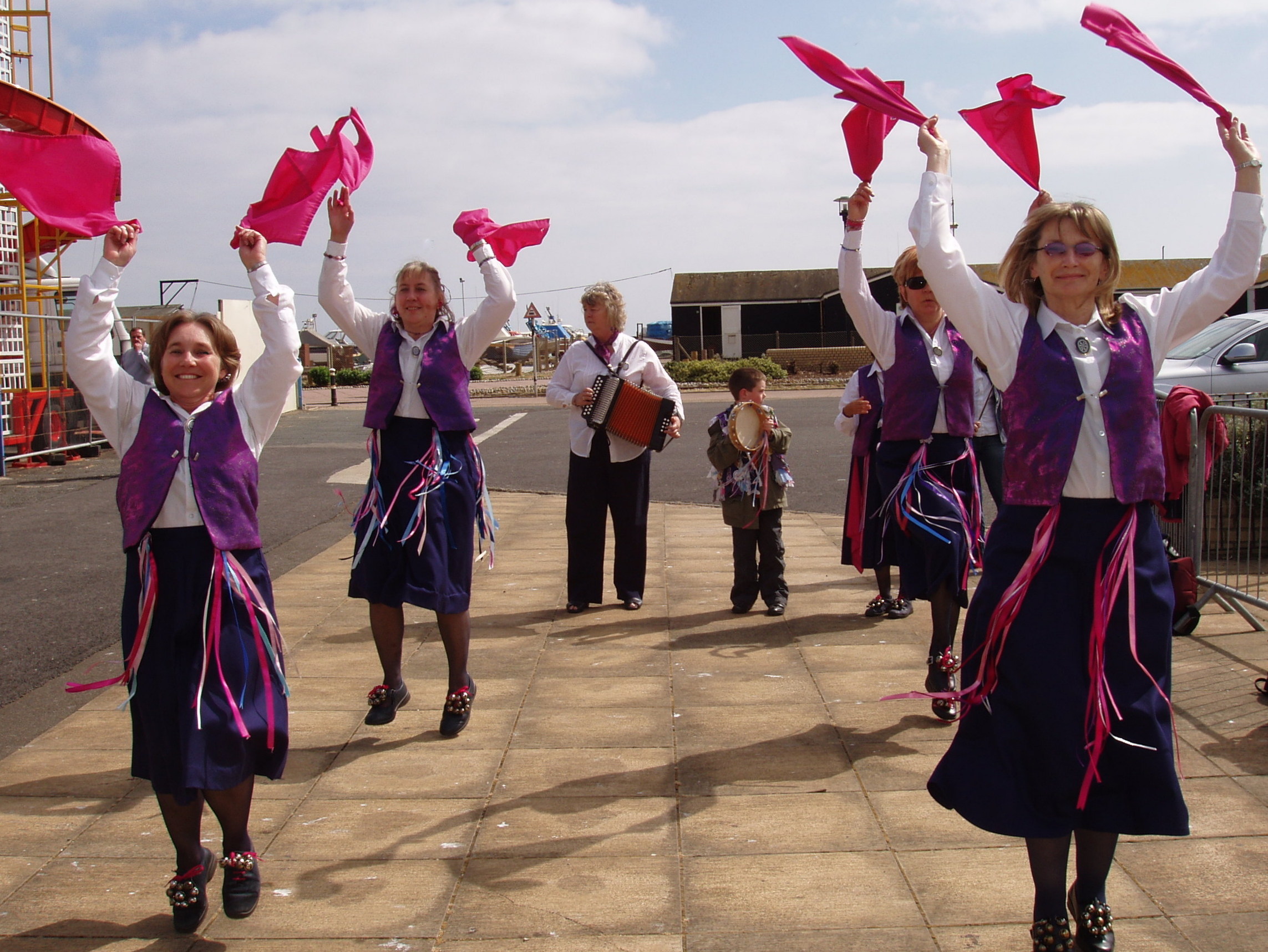 Bedfordshire Lace are Bedfordshire’s longest dancing women’s Morris Side. They are a female Morris side, with musicians of both sexes, formed in 1981 to dance morris in the ‘Cotswold’ or ‘South Midlands’ style. Lace-making was an important industry in Bedfordshire before the advent of lace-making machinery, and it employed a large proportion of the women and girls of the county. It is a bobbin lace – hence the bobbin on the logo – in which pleasing patterns are made by weaving in and out, much as in morris dancing! They made a decision to wear skirts (not all women’s sides do) in order to be different from existing local men’s sides and chose pink and blue as their colour scheme partly because lace pillows are blue and partly because very few other sides use it. The waistcoats they have adopted in recent years fortuitously reflect urban Bedfordshire’s modern cosmopolitan culture – they are made of kameez material from an Indian dress shop in Bedford.