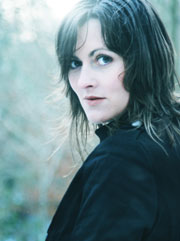 Well where to begin with Royal Traditions…  Jon and I moved to Sheffield and loved the session/dancing/singaround scene, which is frankly brilliant with great singers from Crucible hosting various song and tune sessions and a long-term singers club at Raise the Roof providing great places to go and sing.  There was though, we thought, a lack of places to hear singers.  All the concert-style clubs are on the outskirts of the city, or in other places altogether: Harthill, Maltby and Chesterfield all have great clubs, but they are a bit far for us.  So that was one thing burning away in our minds, but not enough to kick us into action.  We then moved up near Dungworth and the infamous Royal Hotel – home to the thriving carol singing tradition.  The pub is teeming with the most enthusiastic singers every Sunday afternoon between Armistice Day and Christmas, but the rest of the year it suffers the same problems as many rural, and sadly increasingly urban, pubs.  People just don’t go out for a pint very much anymore.

And so Royal Traditions was conceived.  We are both very keen pub singers and we want to keep the singing session culture as well as inviting singers we love and respect to perform.  The format we’ve ended up with is a bit different to your typical folk club – we have the guest on first for two sets with an interval and the ever exciting raffle, oh yes ladies and gentlemen, we wouldn’t omit the raffle.  The guest’s obligations are over by 10.00 and then the ‘audience’ dissolves into a singing session.  This has worked fantastically well as everyone is so eager to get their songs out by that time of night they’re literally stacking up to sing rather than the sometimes slightly dry atmosphere which can be found at the start of some singarounds, before the critical mass has got up and beer started to take effect.  The guests have (so far) stayed on for the singing session and joined in so the ‘audience’ get to see the ‘performer’ in a whole new light.  It has been lovely to see the great and good looking really excited about songs and singing in this format, something which can sometimes get a bit lost in the ‘act’.

Two other things are also a bit different.  Firstly we have ‘house songs’ printed on sheets of paper and available from the website.  These are sung to start/end each set, and people can chose from them during the session if they want to participate, but don’t have their own song to sing.  We’ve found this a nice way for everyone to be involved not just those who already know all the folk songs going.  Involving new people is the other difference, and again, something we feel pretty strongly about.  The whole thing is held in the main bar of the room.  This means locals sitting in the side bar can hear the music, and can be heard chatting.  There is also a grey area, around the bar between the non-participants and the seated audience.  In a typical back-room folk club you’re either in or out, once you enter the room, folk club rules apply – which novices can find intimidating.  Here people can act like they would normally do at the pub – stand at the bar, buy beer when they like, chatter to each other, but also pay attention to the music and occasionally sing along.  Financially it seems to be working out OK – those who have a seat and can easily see and hear the act pay for it, others make whatever donation they feel appropriate.  And, ah yes dear reader, there is always the raffle – everyone loves a raffle and even the least folk of local will buy a raffle ticket.

It is all very experimental, and we were not at all sure any of it would work – especially the noise issues.  Early on we decided to let the audience rule with its feet and only keep doing it if people continued to buy tickets without us breaking our backs doing promotion.  We’re at a stage now where we’re selling out every gig with no other advertising than our own mailing list and facebook group, so it seems like something is going right.  It’d be lovely to see you there one day, come and check it out:

Fay Hield is a singer, her debut album Looking Glass was released on Topic Records in 2010.  She is also an academic working in amateur involvement in folk singing at Sheffield University and a general enthusiast and promoter of singers and singing.