After more than fifteen years off the road folk comedian Mike Harding, once dubbed ” the grandfather of Alternative Comedy” is taking to the road again on a twenty night tour of small theatres, village halls and arts centres.

Last autumn I did a couple of gigs for mates in Ingleton and Settle, did a tight couple of 45 min sets, just me and a guitar and a load of songs and stories, and enjoyed every single minute. Towards the end of the Ingleton gig it struck me that I ought to do more live stuff instead of sitting in every night tying flies for the next trout season – it’d give my eyes a bit of a rest if nothing else. I’d been bitten again by the live performance bug.  So armed only with a couple of guitars and a load of daft stories and songs I will be making my way round the north – from South Shields to Derby, from Clitheroe to Hull – all between February the 12th to March 29th and I’m really looking forward to it. Why the North? Well it’s a sort of toe in the water tour – if I enjoy it I’ll do another in the autumn venturing further south into the remote hinterlands of Stratford and Tewkesbury and such places – beyond there be dragons. 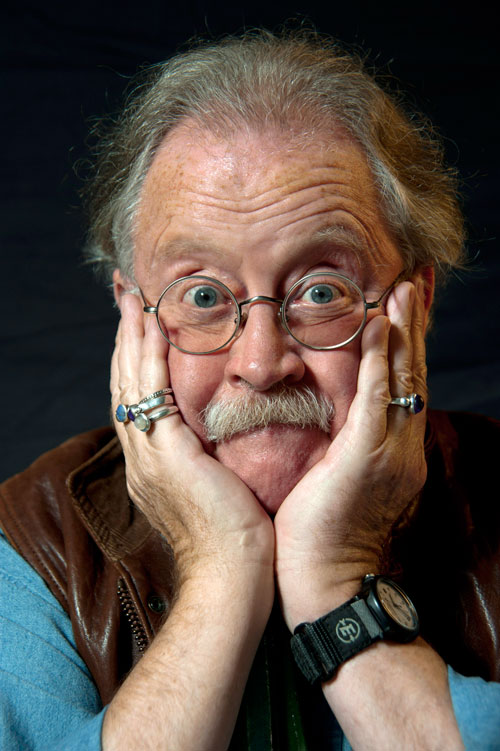 There’s something about working live with an audience that beats just about everything – and I always reckon you can tell if it’s going to be a good night just by standing in the wings and listening to the audience. If they’re rabbiting away ten to the dozen then it’s going to be fine, if there’s a lot of silence out there then you’re going to have to sweat a bit for the first few minutes to get the show kicked up and running.

I’ve always said that a show is only as good as the boilerman. It doesn’t mean quite  the same now, but years ago when I first began, it was the boilerman that determined the temperature in a theatre. Too hot and they fell asleep on you, too cold and the poor buggers were concentrating more on staying alive than listening to your daft stuff. Now it’s done on a thermostat so there should be no excuses… but what with the cuts and that?

One thing I am definitely going to do on this tour is keep to time. When I used to do the 80 night tours years back I used to do a three hour show and the first half could be anything from an hour to an hour and a half long. Now the thing is, the managements of theatres like to get the ladies with the ice cream out on time for the interval lights to go up so that they can flog as many tubs of vanilla as possible in the interval. I would tell the stage manager “First half is an hour” then over run by half an hour and the poor ice-cream girls would be out there with their trays full of Walls ice cream turning into gloop.

Another thing I am definitely going to do is finish before the bar shuts. There’s nothing I like better myself than a glass of Old Crunchbucket after a gig and I think a lot of Los Punteros like it too – henceforth I shall either finish well in time or leave the stage still singing and drag the audience into the bar with me. It’ll be a big round though.

For full details on Mike’s tour please visit his website