Prima clogerina with The Demon Barber Roadshow & Time  Gentlemen Please! writes about what a great year she’s had…

I had a pretty exciting year last year! I was selected to take part in a programme about Clog dancing for a BBC4 documentary, “Come Clog Dancing”. My challenge, with the help of presenter Charles Hazelwood, (and essential back up from TGP dancers Tiny Taylor, Fiona Bradshaw and Bobak Walker!) was to teach 200 beginners to clog dance and choreograph a flash mob clog dance which took place at Newcastle’s Monument. It was such an amazing experience and I have received so much positive feedback following the programme, it really gave English clog dancing a boost which is fantastic!

Following this I was asked to be involved in a folk feature in Vogue magazine! I was dressed in a Chloe cape and straw sailor hat, not quite what I had imagined for a Vogue photo shoot. 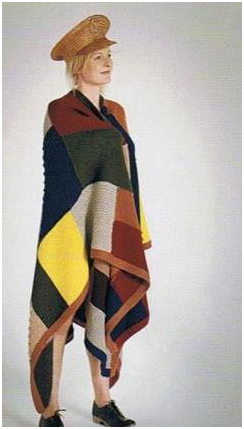 I have also recently been interviewed by Prima magazine for the Queen’s Jubilee special edition (out next month). They are covering British traditions so it’s fantastic that they are recognising clog dance in this special feature.

Last year was a whirlwind of exciting projects, culminating with the Newcastle New Year’s Eve parade, a project with arts company ‘Walk the Plank’ where Tiny and I clogged on top of some oil drums which were lit with flames! This was a little scary but loads of fun! At the end we were asked how we felt about having fireworks attached to our clogs for next year!! 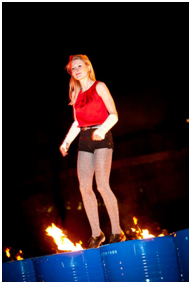 Finally, I am really excited to be a finalist for the best ‘performing artist of the year’ at the Journal Culture Awards! Great Britain has a wonderful, rich culture and I am proud to be representing one of the most exciting dance traditions in the UK. The award ceremony takes place on Monday 16th April, wish me luck!