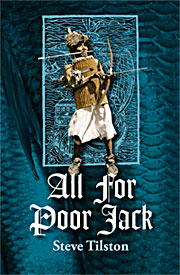 Having had my 1st novel, ‘All For Poor Jack,’ published last year, one of the most frequent questions I get asked is how different writing a book must be from writing a song. My usual response is that it’s the longest song I’ve yet written and that’s really how I tried to view the process. Of course there are glaring differences – the obvious one being the absence of the constraints of rhyme. By now, that’s a process so ingrained in me that I often had to steel myself away from the temptation to turn out a piece of work that could have been pitched midway between Geoffrey Chaucer meets Rupert Bear. That aside, it occurs to me that there are as many similarities as differences, it all comes down to putting an idea down on the page, hoping that that idea gives birth to another and that the initial impulse is sufficient to prod me on to the conclusion; and of that conclusion I mostly have only the vaguest of notions. 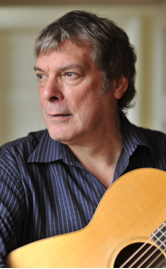 In some ways I was fortunate in that from the mid 1980’s onwards, a proportion of my song output has been of a narrative form, or ‘story songs,’ such as The Slip Jigs & Reels, The Naked Highwayman and Coronado & The Turk etc; and in a nutshell, that’s all I wanted to do, spin a yarn. I’d lived in Bristol for parts of the 1970’s and 80’s and been aware of the city’s claim that its mariners were fishing the Grand Banks of Newfoundland a few years before Columbus set sail. It seemed a no brainer to me that in 1497 John Cabot sailed from that city with a Bristolian crew…Of course he bloody did, because they’d already been there before. And that’s the premise that forms the backdrop of my tale.

I have to say I’ve been really encouraged with the feedback and sales I’ve received, not least from fellow songwriters who took the trouble to get in touch. Anyway a second edition now looms and the prospect of writing another book too – it’s looking very much like I’ll have a crack at turning the Slipjigs & Reels into a novel. The major problem being – and although I’ll follow my fancy getting there- a lot of people already know where the story ends.

Steve Tilston is one of this country’s greatest song-writers with many of his songs, including “The Slip Jigs and Reels”, “The Naked Highwayman”, and “Here’s to Tom Paine”, considered modern folk-song classics and covered by the likes of Fairport Convention, Dolores Keane, John Wright and others.

“Steve can stand shoulder to shoulder with any singer/songwriter/guitarist in the world.”
Dirty Linen magazine