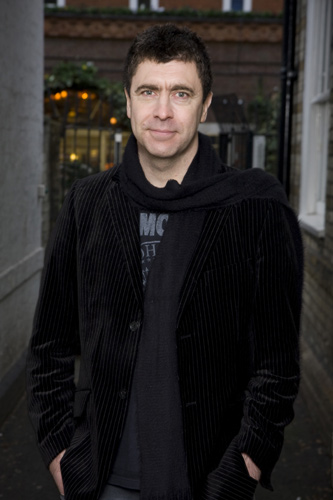 I first discovered folk music through the songs of Buffy St Marie. The first of her songs I heard was ‘Now that the buffalo’s gone’ and then ‘The Universal soldier’. It was the early sixties American folk movement that got me into folk music. After Buffy, I made an obvious step to Bob Dylan and then a natural step back to Woody Guthrie. A particular style of writing I found exciting was the talkin’ blues.  I loved these comical, social commentary rambles. I would scribble them down constantly, enjoying the freedom to rant and rave with a rattle of words that offered a freedom of communication and protest like no other. Woody Guthrie is credited as the inventor of the talkin’ blues and this is probably true in his inimitable country folk style, but it has its origins way back in the spiritual songs of black America, finding home and new energy in the blues, folk and what we know as rap . (This is a rapper blog, isn’t it?) It is also a bizarre hybrid between the sacred and the profane due to its genesis in the medicine and snake oil shows as well as the churches. The blues players and Guthrie influenced each other, and there was the likes of John Lee Hooker who, also developed a talkin’ blues style that became his trademark.

When I started playing folk clubs, my influences shifted from American folk to English folk. Both threads have influenced my writing and have remained with me to this day. I remember being fascinated to hear Martin Carthy speak of his guitar style being influenced by the blues man Big Bill Broonzy. An English folk song guitarist bringing something a cultural world away into ‘The basket of eggs’.

I love these musical hybrids wherever they arise. Recently out of the blue I have begun writing talkin’ blues again, and I’m really enjoying it. It all came flooding back and enthusiasm got the better of me …songs went on for longer than would be fair to any audience. Though one of them ‘ In the days when time was different’ made it on to my latest CD ‘Economy’ as the final track.

I got out of London and went on retreat to Damien Barber Country, (that’s Norfolk by the way) and found myself writing a whole batch of talkin’ blues style English folk songs. There is the ‘Talkin farmer’s boy blues’, Talkin’ all for my grog rant’, ‘talkin’ jolly waggoners’ and many more, all with original choruses. Oh, and not forgetting, ‘talkin’ ‘Manchester rambler’ rap , inspired by the help of a recurring dream in which I imagine I’m Ewan MacColl. Maybe it’s the way I cup my hand over my ear as I lay on the pillow.

Pete Morton is a songwriter and performer originally from Leicester, in the English midlands, who currently lives in London. With a wealth of great songs and stage presence, his show is dynamic and intense as well as approachable and fun loving.  Starting out as a busker on the streets of Europe, he has entertained all over the globe with his unique and involving style of song-writing and traditional singing.

“not only impressive but a revelation……totally original.” The Guardian “