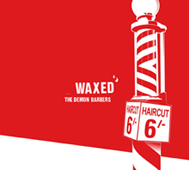 First studio album and debut for Ben Griffith on drums. ” Recorded with space and rewarding clarity by Oliver Knight it is an album rich in texture and variety. This is not folk rock, not just electrified trad, but something fresh, new and challenging. Nine tracks. Every one a gem. Overlook it at your peril!” Nigel Schofield, Free Reed