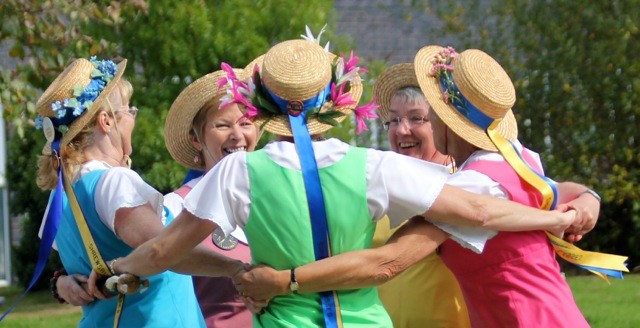 Shrewsbury Morris were formed in 1976, providing an opportunity for both men and women to practice and perform traditional and contemporary dances in the traditional style – celebrating and keeping alive the rich heritage of our country.

They are comprised of three teams: The Shrewsbury Lasses, The Bull & Pump Morris Men and Shrewsbury Clog.

The Shrewsbury Lasses: Instantly recognisable by their brightly coloured pinafore dresses and often the flash of a garter, the Lasses dance with enthusiasm and enjoyment. They perform dances in a range of styles including handkerchief, short stick and garland dances. Their repertoire includes several self-composed dances in the traditional style as well as a selection of dances from around the country. 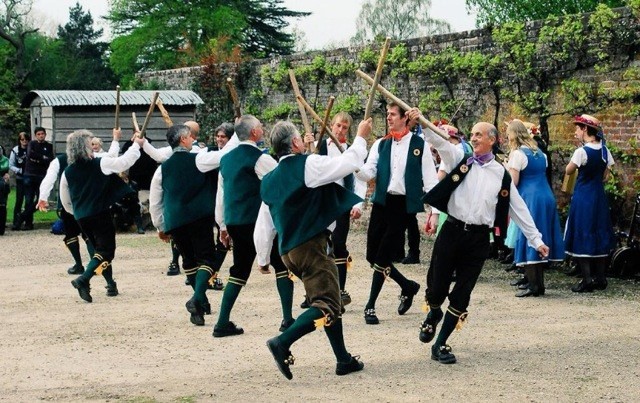 The Bull & Pump Morris Men: Dressed in green waistcoats, white shirts, brown breeches and green socks, The Shrewsbury Bull & Pump Morris Men took their inspiration for the colours of their kit from the Shropshire fields and hedgerows in spring. They dance vigorous stick dances based on traditions from the Welsh Borders, as well as some more traditional Cotswold Morris and Sword dances.

Shrewsbury Clog: Shrewsbury Clog have developed a unique style of performance featuring clog and step dances from across the country, involving a range of styles and music

The Ironmen and Severn Gilders

We are two separate but very closely associated teams of Morris Dancers based in the historic town of Ironbridge in Shropshire. The Ironmen are a men’s team who dance in the Welsh Border tradition, while The Severn Gilders are a women’s team who dance North-West morris.

Although we dance separately, we almost always appear together (that way we get a rest between dances!), and many of the dancers from one team appear as musicians while the other is dancing. Originally formed in 1976, we have d 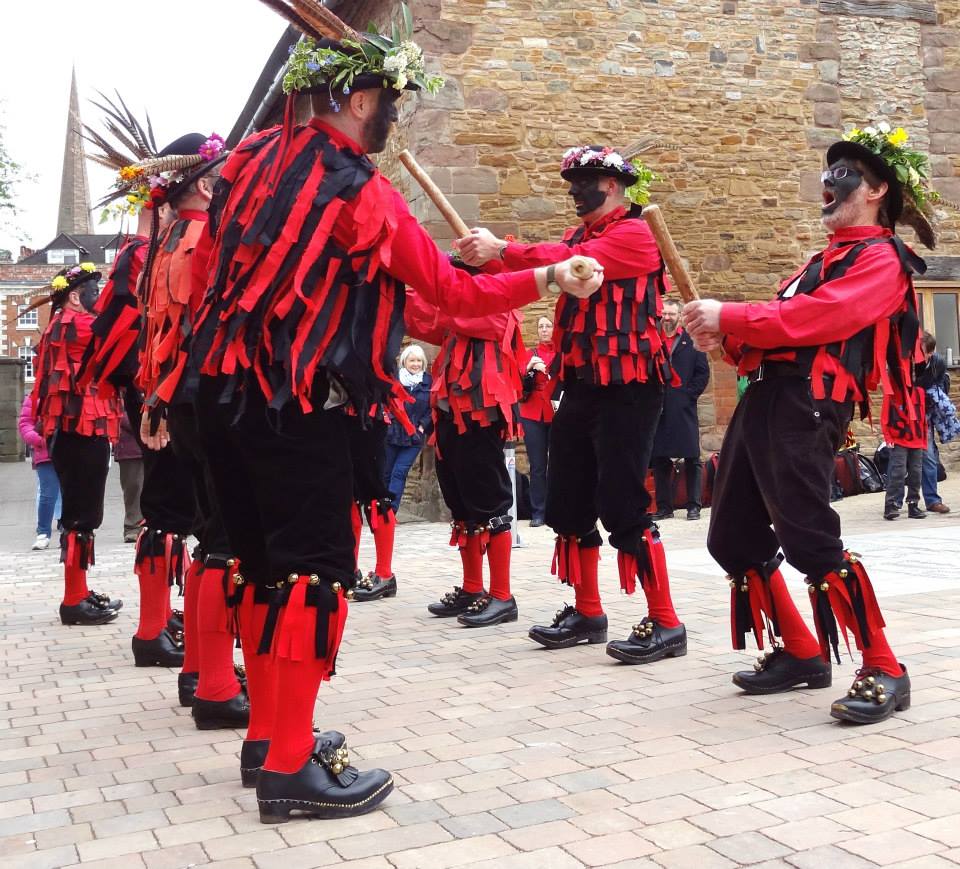 anced at festivals all over the country – with The Severn Gilders being former winners of the Ritual Dance Competition at the Sidmouth Folk Festival.