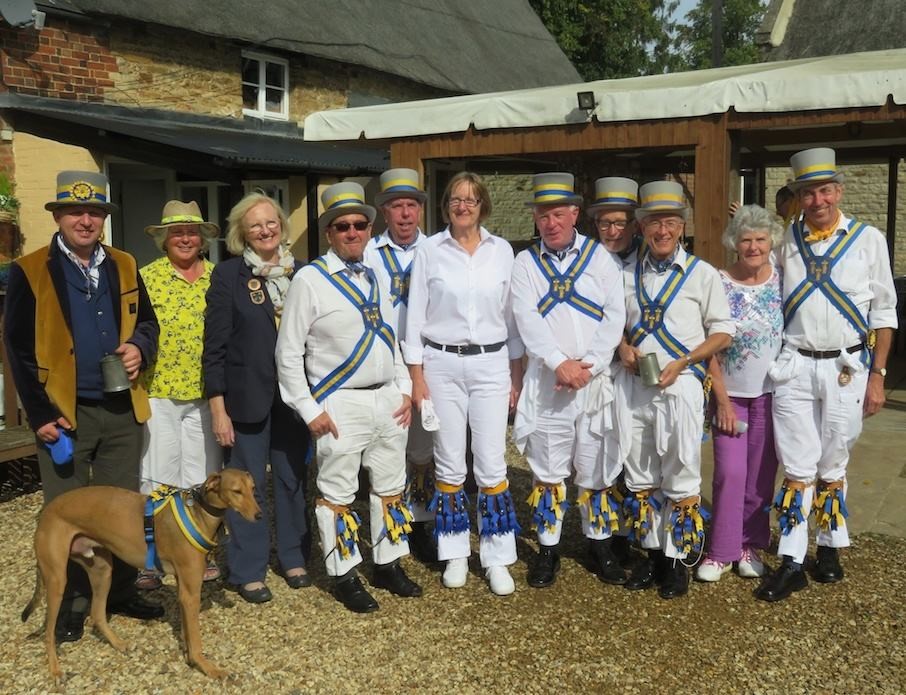 The Morris dancers of King’s Lynn were formed in 1978, as The King’s Morris and The Ring O’ Belles. The King’s Morris continued as a men’s team until 2016, when it was decided to become a mixed team. The team present dancing tours in North-West Norfolk throughout the Summer, and also perform further afield at folk festivals.

They are proud to present the King’s Lynn May Garland each year – the town’s ancient May Day tradition, which the team resurrected in 1983.

Led by their Squire, Mark Warrell, tonight The King’s Morris will present traditional Cotswold Morris dances that were collected from the various village traditions in that area around a hundred years ago.

Just over five years old, Taal-Rasa-Bhava Dance Academy is an organisation which is dedicated to promoting the Indian classical dance form, Bharatanatyam, to the local communities. This dance form is originated in southern part of India, the state of Tamilnadu. The word ‘Bharatanatyam’ combines ‘Bhavam’ meaning expression, ‘Ragam’ Meaning Music, ‘Thalam’ meaning rhythms and ‘Natyam’ meaning dance. We are in an era of contemporary beats which take away all our attention and light music rings in every ear with buzzing sound.  Classical music now is considered as a ‘Heavy duty’ effect, but still somewhere in our mind and heart it has a special place, so come and explore that corner with passion and thoughtfulness.

All interest student from 4 and half years from any background, skill and ability can be part of this dance academy.  They get structured and an organised curriculum to their training.  Grading system are offered through the OEBL (oriental Examination Board of London) to access their learning progress. They also get to perform at different venues that elevate their confidence and skills.