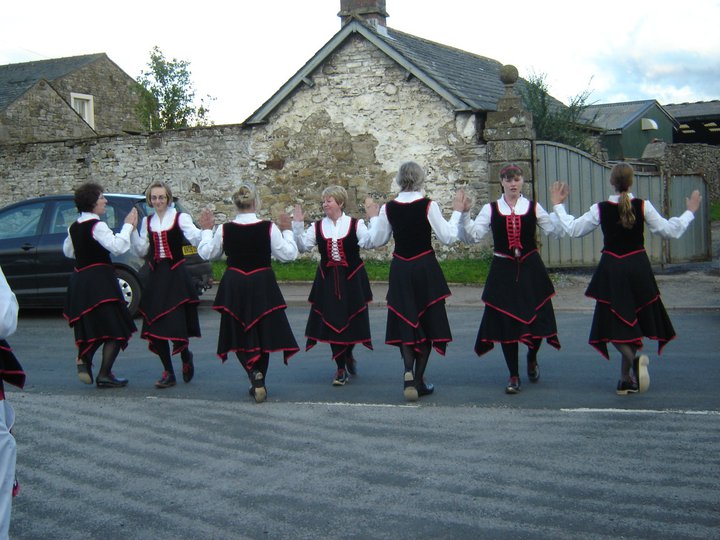 Theatre By The Lake
Kewsick

Carlisle Sword and Clog was formed just over 40 years ago as a Cotswold Morris Team by Ed Mycock and his wife Sue Allen; two of its members, Sally Hardaker and Frank Lee have been with the team since the beginning.  Sword dancing was always part of the team’s repertoire, however clog dancing was introduced by Angela, the late first wife of Frank, in 1977. The team has an illustrious history, having been chosen to represent the UK, and north of England in particular, at several international folk festivals as far apart as Canada and Russia. Membership is open to anyone with a sense of rhythm, a taste for fun and adventure, and some spare time on a Monday evening! We practice at Gatesgill village hall, 6.30pm -9.15pm.