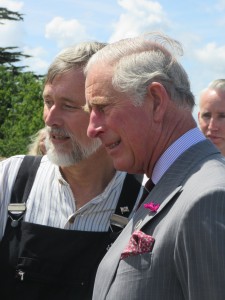 On Tuesday 5th July we were given a rare and exciting opportunity to perform for HRH The Prince of Wales, as part of a special visit to clog maker Trefor Owen’s workshop in Criccieth, Cardigan Bay, where he been making clogs for 38 years. Our own ‘Prima Cloggerina’, Tiny Taylor bought her first pair from him in 1988, aged 7, and despite being too small for her now they are still going strong! 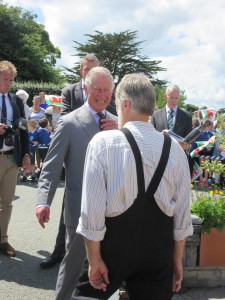 The clog making trade is a specialist tradition with only a handful of craftsmen still practising in the UK. With this in mind, Trefor wanted to pass on his skills to an apprentice, but struggled to find the support to do so. In 2013 he appeared on Radio 4 and discussed the difficulties he was facing trying to find a protégé, and soon after the broadcast, learned that his interview had struck a chord with a sympathetic and very high-profile listener.

Mr Owen said: “I got a phone call from a woman who said she worked for Prince Charles and  wanted more information.“I thought it was a wind-up or a con trick. It was a great shock and certainly not what I expected.  I believe he has a very strong interest in heritage and traditional crafts, and he was struck enough by my story to have his staff follow it up.” With the help of his royal backer, Trefor was able to find a 21-year-old from Bethel near Caernarfon who is now learning to make clogs in the traditional way. 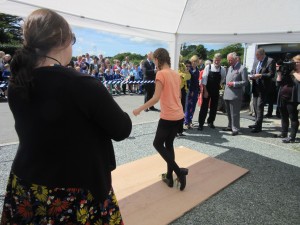 Three years later the Prince announced he would like to visit Criccieth to see how things were progressing, so Trefor contacted Tiny to see if she would showcase some clog dancing along with Welsh clogger, Bethan Williams. Tiny jumped at the chance and was keen to involve one of her clog pupils – Izzy Foster (age 10) and also take our own Bryony Griffith and Damien Barber for musical accompaniment. 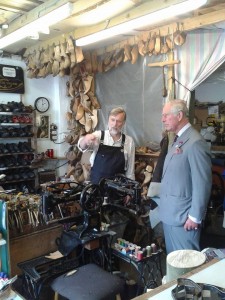 We all had a fantastic day with Charles and his wife Camilla, Duchess of Cornwall. Lots of local school children attended the event and Trefor’s friends and family provided tea, coffee and cakes. Charles had a good look around the workshop, tried out some of the tools, and then watched the dancing. We all received a royal handshake and the Prince even poked his finger into a hole in Damien’s slightly tatty concertina and said it could do with some attention! Nearing the end of the visit, Camilla disapeared to find an ice cream and despite the security team’s efforts to stop him, the Prince wandered off to find her! 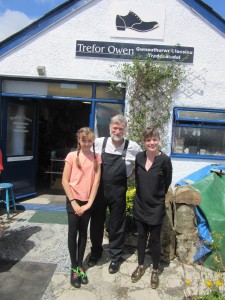 We seem to be on a roll with our royal appointments, what with Damien performing for Princess Margaret at Cecil Sharp house in 1992, so please join our fan club to keep up with our Regal liaisons! 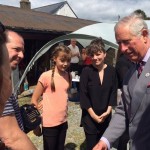 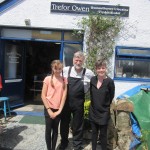 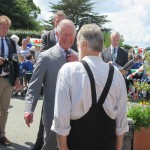 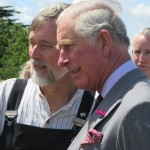 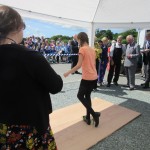 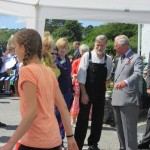 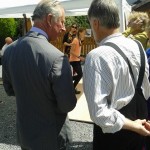 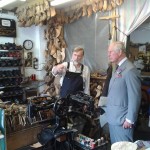 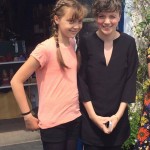 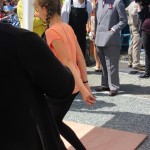 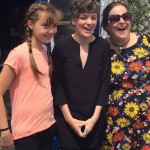 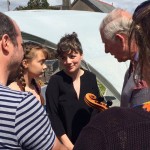 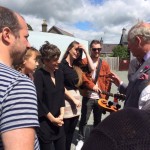 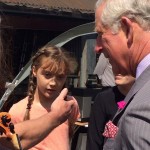